I am an experiencer. I’m not sure if I’ve made that clear in this blog before, but both Kay and I have some experiences with the entities most commonly known as the Grays.

My experiences with the Grays are not pleasant, and to be honest I don’t remember most of them. I believe they took place over a 3 or 4 year period when we were living in California. I won’t go into all of those experiences now, but I will share them in future posts as they become relevant.

The memory I want to share now, is something that surfaced originally over ten years ago. The weird thing is I can’t remember it directly, I can only remember, remembering it. If that makes no sense to you, then please bear with me.

Back before November of 2001, I was driving home from my job on a stretch of highway that had a farm with large piles of fertilizer right near the road. The smell of the stuff was overpowering, especially if you didn’t close your windows and put the car vents on recycle prior to getting near it.

While driving along, I was passing this farm and began to sneeze violently. The act of sneezing triggered a memory of me passing the same area months or years earlier, in a Pontiac Fiero that I used to own. While driving the Fiero, I had a sneezing fit, and I felt something solid inside the tissue I was using.

It was dark out and I turned on the overhead light to look at it. One end of it was bright blue, like the old Bic pen caps, and that was the first thing that ran through my mind, that I somehow had a pen cap up my nose. It was smaller though, less than an inch long, and shaped like a pill. The other side of it was clear, and I couldn’t tell if there was anything inside of it. The whole thing was mixed with a lot of mucous and a little blood, I was still driving at this time and only glanced at it quickly while keeping my eyes on the road ahead.

I promptly wrapped the item back in the tissue, and completely forgot about it, until that second sneezing fit brought it back into my mind. Once remembered, I fully intended to tell Kay when I got home that day, except that I couldn’t.

Every time I tried to mention it, it was like I went completely mute. I couldn’t write about it, speak of it or hint at it indirectly, because something in my brain would just cause me to lock up and be silent, until the subject changed and I would forget about it. The memory would slip away the same way that dreams often do upon waking.

Every so often it would be triggered again, and the frustration of not being able to communicate it was really annoying me. This week, it surfaced while in the car again, only Kay was driving this time. I was in the passenger’s side with my head back because I had a cold. I desperately wanted to say something, but was unable to, it was almost like being paralyzed because I couldn’t will myself to write it or signal her about it in any way. After a few minutes, she said something completely unrelated, and it slipped away again as I was able to answer her with no problem.

Finally, this morning, when we were listening to the opening remarks at the Experiencer’s Speak 2013 conference on Youtube, something the speaker said triggered the memory again. This time though, I could move, and I opened an email and started writing about it.

As I was writing, I realized that I could actually talk about it. I began to tell Kay, but I still felt the resistance lingering, like I wasn’t supposed to be talking about this. As I got the story out though I felt a great sense of relief.  As disturbed as I should be about the original event, I was more disturbed over the fact that I was not able to talk about it for over ten years.

Now at least I can say: What the hell was in my nose?! And once it was out, did the beings replace it? I believe that whatever form of suggestion they used, also had me forget about it in that original tissue so long ago.  I’m not sure why I was able to finally breakthrough and talk about it. Perhaps these commands weaken over time, since it has been a very long time since I had any sort of encounter. A more disturbing idea is that I was allowed to speak of it because it fit into some preset program they left in my head.

I can’t even say for sure that it was the Grays who put this thing up in my nasal cavity. It’s my best guess of course, but unless I remember when and how it was implanted I’m completely in the dark about its origin. Like so many things in the paraphysical, I’m left with way more questions than answers.

I was driving home from work last night when I felt something enter the car. The feeling was uncomfortable and a bit distracting, so I focused on white light to try and push it away. This proved to be unsuccessful and the being continued traveling with me for several miles.

Finally, the being actually obscured the upper part of my vision for a couple of seconds. It was formless, but dark like a shadow, and at this point I called on my guides and said “Will you get this thing out of here?!” It immediately left and I felt instant relief.

I have no idea what it was or whether it was trying to be friendly or malevolent, but interrupting me when driving is not allowed. 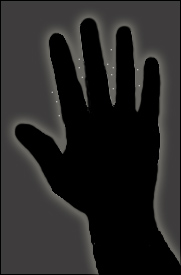 Back in the early 90’s, I was on a camping trip in Vermont. Even though it was late June, they had a serious cold spell and the temperatures dropped overnight into the mid-twenties.

I went to sleep that night with all my clothes piled on my sleeping bag for extra warmth. I was freezing and I didn’t think I would get any sleep at all. The next thing I remembered was waking up in my bed at home, intuitively I knew that I didn’t belong there but I wasn’t sure what was going on just yet. My body was a little achy from sleeping too long, that’s the sort of detail I don’t usually experience in dreams, so I felt that this was a waking experience.

I could hear my mother mopping the floors in the upstairs hallway, and I could smell the scent of pine cleaner drifting into the room. I got out of bed and my Shih-tzu was there, wagging his tail and looking for attention. He had been paraplegic since the late 80’s, but here he was in front of me with all four legs working normally. I remembered going to sleep in Vermont and kept saying to myself that I “don’t belong here.”

I spoke with my Mom briefly, she said something that clued me in on the exact time frame, it was seven years in the past. I didn’t want to be there, so I decided to lay back down on my bed again and try to sleep. Almost instantly I woke up, shivering cold in my sleeping bag in Vermont again.

This experience happened to me a number of years ago when I lived in California. I was at work and went into the bathroom. I had a headache that day and turned off the light in order to give my eyes a rest. 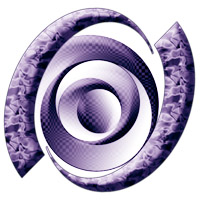 As my eyes became adjusted to the darkness (the only light source was a slight glow around the door frame), I became aware of a shadowy figure moving in the distance. It was too far away to actually be in the bathroom with me, but about 10 to 12 feet away.

I watched in amazement; these beings had distinct shapes with slim bodies and large bulbous heads. Even though they were shadowy, they appeared as solid as anyone in our normal three-dimensional universe would. I tried raising my hand and waving to the beings, one of them mimicked my gesture which showed that they were aware of me as well.

I should note that when the lights were on, the room appeared  solid and normal, and even in the dark I could feel the wall when I touched it.

I had this experience several more times, often waving or signaling to the beings, but never making any greater contact. Then one day the portal was just gone. I left the job shortly after that and have never seen anything quite like it since.